So I got myself a hardware terminal a year hand a half from now.

I’ve been fooling with it for a while, using it like you would use any terminal emulator (only slower and with no UTF8), accessing BBSes, reading newsgroup…

… And playing text adventure games (such as Zork1).

And then came AI Dungeon.

And I quickly realized that this curiosity of a game was not deemed to be played in a Jupyter notebook nor in a web app simulating a terminal.

It needs to be played through a hardware terminal like in the good ol’ days.

The game is open source.

So one way would be to just clone the project and run it locally.

To play the game locally, it is recommended that you have an nVidia GPU with 12 GB or more of memory, and CUDA installed. If you do not have such a GPU, each turn can take a couple of minutes or more for the game to compose its response.

Crap, I don’t even have a graphics card.

Well, play.aidungeon.io is a web app… So it necessarily relies on a backend to do the heavy lifting.

So if the API is well designed, it would be super easy to just make a CLI client to it.

And tanksfully that was the case and so that’s exactly what I did. 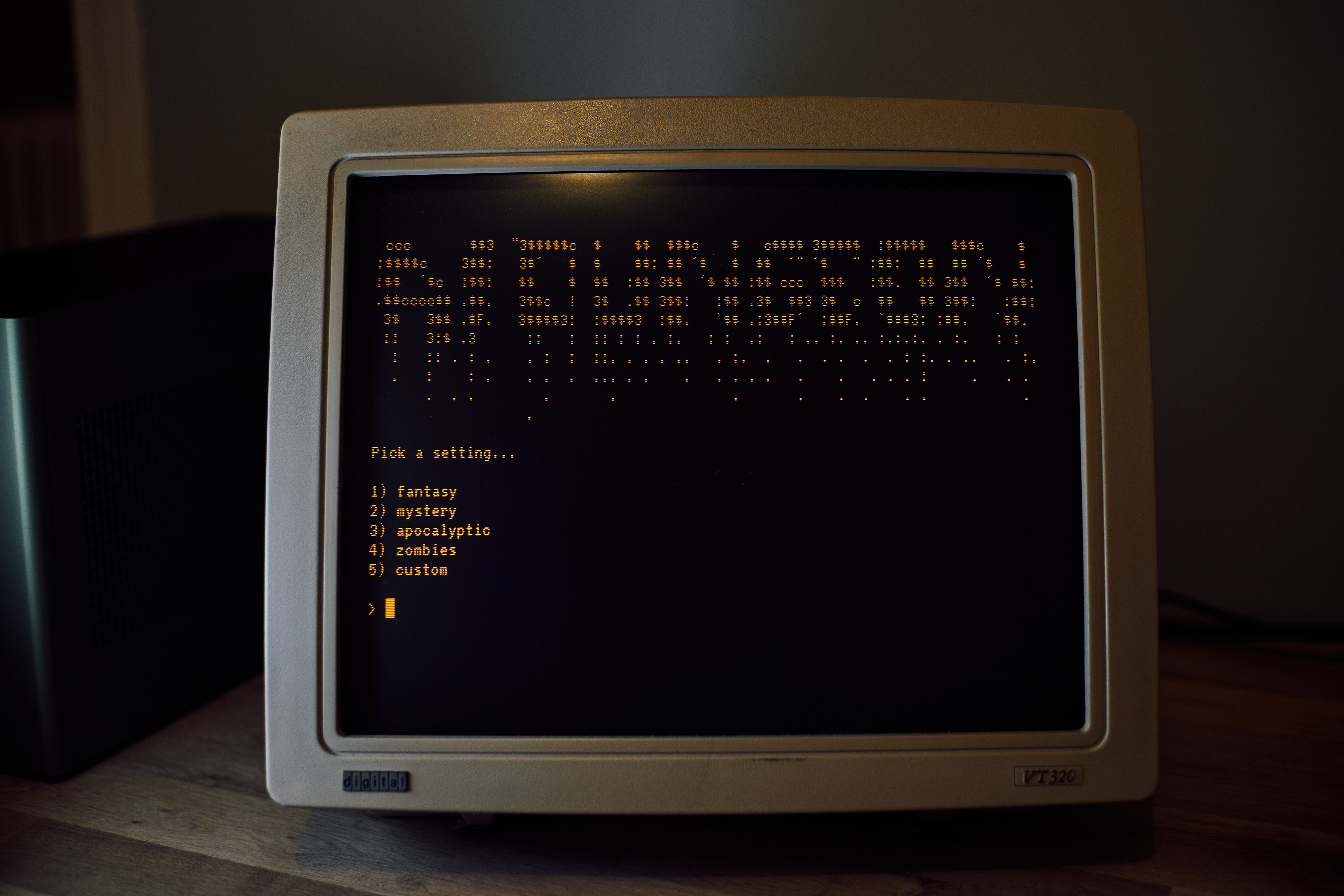 Find the code at: https://github.com/Eigenbahn/ai-dungeon-cli.

If you do not have access to a hardware terminal, you could still experience the thing with terminal emulators that emulate the rendering of CRT displays: cool-retro-term or Cathode.app3.

Also, as you might have heard, hosting AI Dungeon costs a lot of money.

This CLI client relies on the same infrastructure as the online version (play.aidungeon.io).

So don’t hesitate to help support the hosting fees to keep the game up and running.